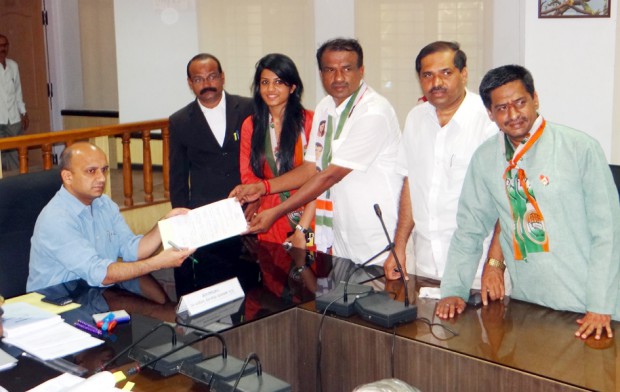 Addressing a meeting of Congress functionaries, Mr. Bhandary said he would seek votes on the basis of the performance of the Congress-led United Progressive Alliance Government at the centre and the party’s government in Karnataka.

Speaking to media persons after filing his nomination papers, he said he is confident of emerging victorious from the Shimoga Lok Sabha Constituency with a majority as there is a Congress wave in the Constituency. Primary and Secondary Education Minister Kimmane Rathnakar, who is also in charge of the district, Minister for Urban Development Vinay Kumar Sorake, Shimoga Urban MLA K. B. Prasanna Kumar, District Congress Committee President R. Prasanna Kumar, Byndoor MLA Gopal Poojary and others participated in the procession and blessed Mr. Bhandary during the filing of nomination papers.